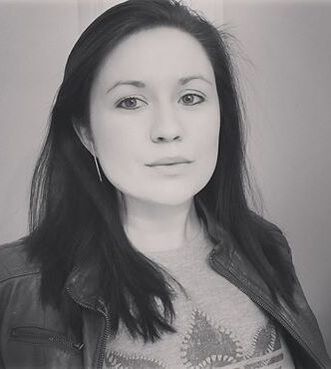 ​
V.P. Morris is an award-winning horror and thriller writer. She is the host of the suspenseful audio drama, The Dead Letters Podcast, debuting in August 2019. When she isn't working on her latest manuscript, she is reviewing thriller novels and horror movies on social media. You can follow her @teawriterepeat on Twitter and Instagram.

3-Question Interview with V.P. Morris
​about her short story "Valley Girls"
published in
​Imagining Monsters: A Collection of Short Stories Inspired by Frankenstein ​ 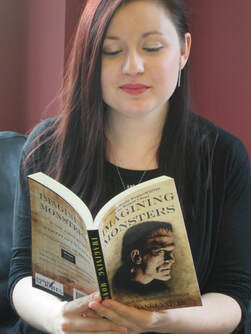 "Valley Girls" - A tech genius goes on the best date of his life,
​but the night doesn't end exactly how he planned.
​
Aside from Frankenstein, where did you draw inspiration for your story?

I drew a lot of inspiration from new technology, mainly AI and robotics. Right now, we don't know what kind of problems these advancements might cause and if they will be a general good for society. My story shows how this technology can go wrong and literally steal the soul of humanity.

I do most of my writing in my office at home. It's a really great set up with two monitors, acoustic panels, and professional microphone which I use to record my upcoming audio drama, The Dead Letters Podcast. I need silence to write as well as plenty of snacks and tea.

I'm the creator and producer of The Dead Letters Podcast. The first episode of the first season will be released on Tuesday, August 27. The podcast is a suspenseful audio drama focusing on the lives of five women who, over the course of history, have received mysterious letters that warn of death and destruction if they don't do exactly as the sender says. In Season One, we will follow Fiona Weatherly, a college student in modern times as she must deal with the chaos of receiving her dead letters. I am also finishing up a mystery/thriller novel and will start seeking literary representation for this manuscript in the early fall.
Back to Authors