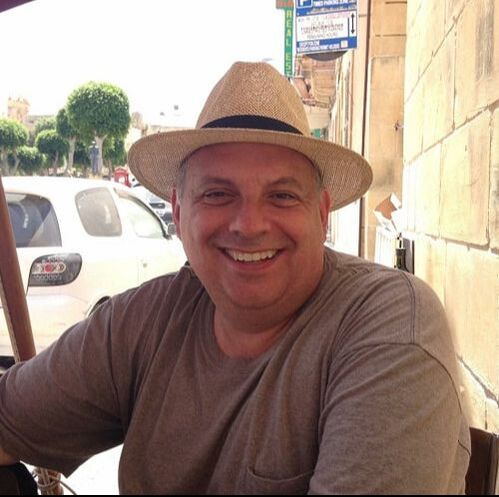 When he was eleven, PM Ray picked up The Hobbit and Tess of the d'Urbervilles and became an avid reader of speculative fiction. After twenty years writing business specifications and other software documentation, he decided to write fiction as well as reading it. To pursue his passion for writing, he joined the Fairfield Scribes nine years ago, and he – and they – haven’t been the same since.

PM has provided developmental critiques for eight novels, ranging in subject from apocalypse horror to epic fantasy to YA. He’s also been the lead editor of an anthology of fantasy and horror short stories about zombies. All eight books have gone on to be published and are currently in print.

An avid medievalist, he has spent over three decades immersing himself in all things feudal. He’s jousted with lance and shield in full armor on horseback, which isn’t as easy as it sounds. He's also been knocked on his ass while on horseback in full armor. He is notorious on the battlefields of medieval reenactment in New York and earned the sobriquet, "The Butcher of Acre."
​
When not on horseback, he’s sparred with all sorts of medieval weaponry, including broadsword and shield, polearm, two-handed spear and bastard sword. When the armor comes off, he brews mead and performs medieval dance to educate the public about the Middle Ages in Western Europe and Outremer. He married his dance partner and lives with her, one horse, one dog, three goats and three cats in Western Connecticut.

3-Question Interview with P.M. Ray
​about his short story "Law of Large Numbers"
to be published in
​DON'T BE A HERO: A VILLAINTHOLOGY

"Law of Large Numbers" - In the future, a person's life expectancy is determined by their contribution to society and whether their good actions outweigh the bad. Neg's job is to eliminate the dead weight.

3-Question Interview with P.M. Ray
​about his short story "Shifting"
published in When to Now: A Time Travel Anthology 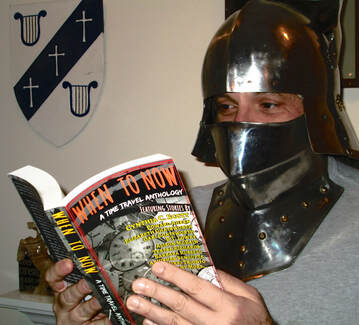 "Shifting" - Baqir is a prince living in the Islamic empire of Al-Andalus in the Middle Ages.
He is enamored with a princess martyred a long time in the past,
​and he makes it his life's mission to find a way to rescue his lost love.

I have been a medieval reenactor for almost thirty years. When I started I mostly thought of this period from a Western European view. But in this time period the Greek and Islamic states in the Middle East and Spanish peninsula were far more advanced and sophisticated. I wanted to try and tell a story from their point of view instead of the Christian Western European view that we more commonly get in fantasy.

That's tough because there are so many things I would love to go see. I suppose if I had to pick just one event it would be the Battle of Dyrrhachium, in 1081. I would want to see exactly what the Lombard princess Sichelgaita did in that battle. She was the wife of Robert Guiscard and he often had her lead his Lombard troops in battle to assure their loyalty. Most modern scholars think she didn't actually fight in that battle but was in a command post. Most of the arguments for that point of view seem to basically be: "She was middle aged and had given birth to many children by then so she must have not been fighting." I am on team Sichelgaita, though, and would love to see if she really did ride into the battle with a spear and rally her soldiers as described by the Byzantine historian Anna Komnene.

​​I am working on a novel. Think of it as an urban fantasy buddy cop novel with a succubus and female paladin as the two main protagonists.
Back to "Behind the Scenes"