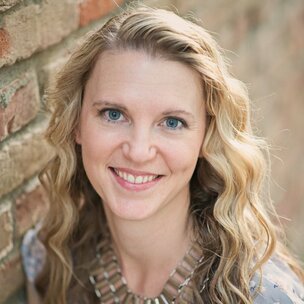 Nikki Trionfo lives in Utah with five kids, a CrossFit-training husband who writes computer code, and lots of hip hop background music. Her teen murder mystery Shatter won first place in the League of Utah Writers YA manuscript contest. Alongside Heather Clark, she hosts free writing webinars on YouTube at #50FirstChapters. A committed party-girl, Nikki serves as director of public relations for Storymakers Conference, the largest writing conference in Utah. Other notable stuff includes an honorable mention in Writers of the Future and several stories in romance and (separately!) horror anthologies. This all sounds really serious, but if you run into her, she gets down. ​​

3-Question Interview with Nikki Trionfo
​about her short story "Reality Zero"
published in When to Now: A Time Travel Anthology

"Reality Zero" - Chloe is part of a government organization that protects the timeline from terrorist attack.
​But what happens if the timeline itself becomes a threat?
​

In 2016, the Utah Horror Writers Association put out a call for short stories with the theme of "Apocalypse." I'd been in a previous anthology of theirs and set to work finding a story that didn't seem clichéd. I'd been thinking of time travel for some time--specifically the idea of a woman so in love with her scientific partner that when circumstances cause her to have to time travel, she can't help but alter the timeline by consorting with the partner in the past. Putting the two ideas together, I came up with "Reality Zero." I submitted it to nationally-respected Writers of the Future contest and the local horror anthology. As irony would have it, the story won Honorable Mention in the national contest but was not selected for the local anthology. They don't say feedback is fickle for nothing! When I heard of a time-travel anthology, I jumped at the chance.

Oh my gosh, everywhere!!! Well, everywhere I wouldn't get killed. I'd love to see cultures in the western United States before Europeans arrived, like Pueblo, Anasazi, Paiute, and especially some of the people whose names we've lost. Ideally I could find a way to float unseen over major battles of pretty much any war, but also have an announcer narrating the major events. Staying long enough to learn a proto-Germanic language, plus ancient bits of Russian, Mongolian, Chinese and Swahili would be nice. Can I be allowed to have several lifetimes? What are the parameters of this question?

​​I'm making a shift from YA to adult these days, because I love, love, love mystery and the adult market is simply stronger. Here's the tagline for the novel I'm writing now: mystery novelist Samantha knows a fellow author must have killed the Murder Hive authors’ conference keynote speaker, but discovering the culprit is difficult when everyone’s day job is crafting the perfect crime. Do me a favor and picture a comedic cover when you read that. Thanks.
Back to Authors