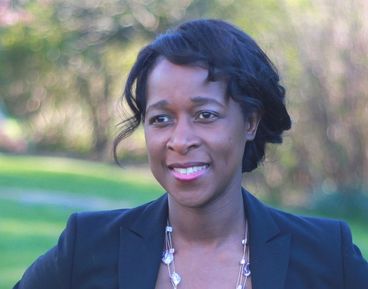 E.J. Shoko was born in a small mining town in Zimbabwe. The first words she learned to read in English were “Danger Caving Grounds” displayed on signs posted at abandoned mineshafts scattered around the area. Since then, she has lived in four countries on three different continents and has a working knowledge of multiple languages, including Shona, German, Italian and a rudimentary grasp of French.

She's loved reading since she was five years old, and would read anything from encyclopedias to journals to mystery novels. Her motivation for writing came when she stole a romance novel from a library. She perceived the book to be terrible and predictable, and decided she should write her own romance story at the age of thirteen. It was also terrible and predictable.

E.J.’s first appearance in print came from a scientific publication. The article was about maggots and dead bodies, which wasn't far off from her early romance story. This preceded a career in poison science with a significant amount of technical/scientific writing and editing.

Over the last eight years, E.J. has added fiction writing and editing to her credentials and was featured in Z: Tales from the Zombieverse. She was also co-editor of The Scourge and The Beast of Maug Maurai. In her spare time, she visits the Seven Wonders of the World, cooks elaborate meals that wouldn't be out of place served in snooty French restaurants, and breaks into insane asylums.
Back to Authors