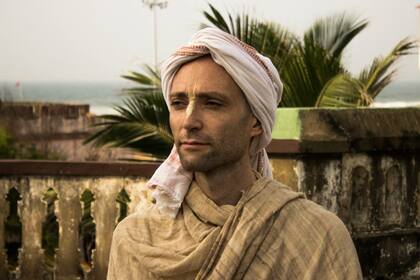 B.T. Lowry is a writer and filmmaker who roams between Canada, Britain and India. He's the founder of Storypaths, a loose confederation of writers, artists, musicians and other riffraff.

Fate started him in Canada where the plains meet the Rockies, with an engineer father and English teacher spiritualist mother, then moved him on to study multimedia art in college. Not satisfied with this, fate kicked him into India to live as monk for about a decade, and now he's inspired to channel all these influences into storytelling.

You can see more of his work on storypaths.net/stories, and support him on Patreon.

3-Question Interview with B.T. Lowry
​about his short story "Dinosaurs and Oats"
published in When to Now: A Time Travel Anthology 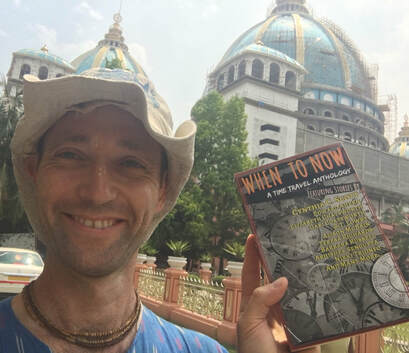 ​"Dinosaurs and Oats" - Cynthia dreams about the past and doesn't realize that others can, too.
​

Sometimes when my fiancée and I are joking around, she pretends to be a nerdy little boy. He's obsessed with dinosaurs and knows all the different kinds and what they can do, but he's not so good with real life. We mostly live in India, where good oats are a big deal because they're hard to find. So there you've got dinosaurs and oats. Combine that with some heavy issues that kids are often forced to deal with, and the story was born.

I'd go to ancient India, before European and Islamic invaders conquered much of the land. Let's say 2000 BC. Ideally I'd like to go all over, from the Pahari villages in the Himalayas to the temple cities in the south, though of course traveling such long distances was harder then.
​
India is the homeland of my heart rather than my body, and it's tragic to see modernism gnawing at its seams. I want to see it back when the cultural fabric was still whole.

​I'm working on a novel called Broken Masters. It's an alternate-world, non-European fantasy book, inspired by my time in bhakti-yoga temples in India and abroad. There's magic, ancient cultures, split races, cultural clashes and refugees dependent on the mercy of ancestral enemies. But the main theme is about spiritual guides: the need for them, and what happens when they stumble or even turn bad.
Back to Authors