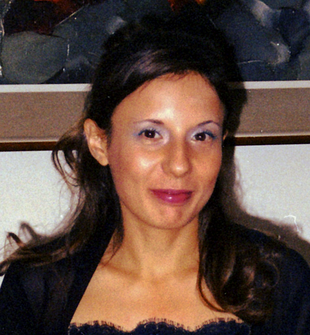 Barbara Russell is an entomologist and a soil biologist, which is a fancy way to say that she digs in the dirt, looking for bugs. Nature, brains, and books have always been her passion.

Her debut novel, A Knight In Distress, will be published in August 2018 by Champagne Books.
​​
She was a kid when she read Ivanhoe by Sir W. Scott and fell in love with medieval novels. Then she discovered medieval fantasy and fell in love again. In fact, she took it too seriously and believed that her elderly, bearded neighbour was Merlin and his black cat was Morgan le Fey. When she read Harry Potter and learned about Animagi, she knew she was right. Then she grew up and… nah, it’s a joke. She didn’t grow up. Don’t grow up, folks! It’s a trap.

3-Question Interview with Barbara Russell
​about her short story "Miss Princott's Time Travel Agency"
published in When to Now: A Time Travel Anthology 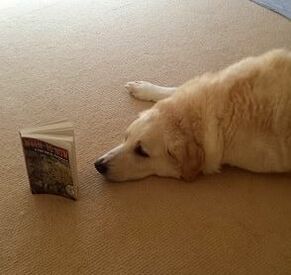 "Miss Princott's Time Travel Agency" - Priscilla's time travel business lets scholars study the past,
​but one client's good intentions might cause a terrible snafu with the timeline.

It's difficult to answer because I don't know, lol. I can't remember a single day in my life when I didn't have a story playing in my mind, and I always play "what if" every time I see something that attracts my attention. I love time travel novels and I love Romeo and Juliet, so I thought, what if...

I'd love to see London in the Victorian Era, probably because I love reading steampunk Victorian books. But as a biologist, I'd love to visit the Jurassic Era as well, be the first scientist to see a dinosaur or the giant dragonfly or the 30 m (98 feet) shark that swam in the ocean... no wait, maybe I wouldn't like to see that.

​I'm editing the third book of a steampunk series I wrote a few months ago. The story is set in Victorian Auckland. Meanwhile, I'm outlining my first contemporary romance novel, no fantasy involved, which is a bit odd for me.

For an inside look at the process behind getting her story published in When to Now, check out Barbara's blog post HERE.