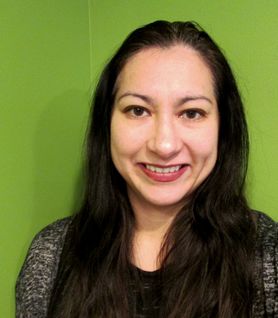 Diversity is one of Alison McBain's passions. With dual Canadian-U.S. citizenship, a Japanese-American mother and a B.A. in African history and classical literature, she has an eclectic background and a wide range of experience. She grew up in California and moved to the East Coast in her mid-twenties, finally settling in Connecticut to raise her three daughters.

She started her writing career at age four with a "self-published" horror story about the monster in the closet. The story was highly lauded by her closest family members. Since then, she's received a number of writing awards and accolades from people not even vaguely related to her, but she still has a soft spot for that first short story.

Her interest in diversity also extends to fiction. With nearly a hundred short publications to her name, her stories and poems range in tone from serious to silly. Her work covers nearly every genre, including literary, romance, horror, science fiction, fantasy, history and adventure. Her debut fantasy novel The Rose Queen, a YA retelling of beauty and the beast, was published in July 2018. She was also the lead editor of When to Now: A Time Travel Anthology, published in October 2018. A recent nominee for the prestigious Pushcart Prize, her fiction has also been honored with the Patricia McFarland Memorial Award, the quarterly award at Bewildering Stories, and received honorable mention for the Roswell Award.

When not writing fiction, she follows her own personal mantra of, "Do something creative every day." She serves as the Book Reviews Editor at the magazine Bewildering Stories, and conducts author and artist interviews on her website, www.alisonmcbain.com/. She pens a weekly web comic about parenting called "Toddler Times." And when life gets a little too hectic, she does origami meditation or draws all over the walls of her house with the enthusiastic help of her kids.

3-Question Interview with Alison McBain
​about her short story "The Hero"
to be published in
​DON'T BE A HERO: A VILLAINTHOLOGY

"The Hero" - A conductor must stop terrorists from bombing her train, but her only weapons are a baton and some quick thinking.

3-Question Interview with Alison McBain
​about her short story "Herstory"
published in
​Imagining Monsters: A Collection of Short Stories Inspired by Frankenstein

"Herstory" - In a world where men no longer exist,
medically perfect candidates are selected to give birth to clones.

A few years back, there was a popular hashtag on Twitter: "#KillAllMen." It made me think: what if there WERE no men anymore? And since in any changeover regime, there's always a point where the strongest will seize power, what would society be like if it were controlled by a group who were capable of committing genocide of half the world's population? Thus, this story was born (pun intended).

I have no haven, ha ha.  I have three kids under the age of 10, so I write when I can, where I can, on what I can. A cocktail napkin at 3 a.m.? Sure. The back of a grocery list? Definitely. In the margins of one of my daughter's homework assignments? It's happened. The only problem is I LOSE more stories than I write these days. Gotta find a good way to store all my scribbles.

Editing the next anthology for the Fairfield Scribes, Don't Be A Hero: A VILLAINthology. It's going to be epic! The anticipated release is October 1st of this year, so stay tuned.

3-Question Interview with Alison McBain
​about her short story "Disjointed"
published in When to Now: A Time Travel Anthology

"Disjointed" - Carson finds a strange machine in a junk shop and soon discovers there might be good reason why time travel is illegal.
​

I had no inspiration--just the idea that a spoof of time travel was the only way I could go. Because, seriously, with time paradoxes and upsetting the timeline and the like, how could anyone write a time travel story without getting a headache?

There are too many things I'd like to see, but the problem with time travel is that you wouldn't just be an observer. You would actually be there and subject to interacting with people of the time. For example, probably anywhere I went in the past, I'd likely be killed. The French Revolution? Interesting, but that guillotine looks pretty sharp. Feudal Japan? Okay, but foot binding looks a little "ouch." Perhaps I'll simply go back a couple days before now, and before I had to answer this question.

​​My debut fantasy YA novel The Rose Queen came out in July 2018, so I'm pretty excited about that! It's a gender-inverted retelling of the Beauty and the Beast fairy tale, and the first book in a trilogy.

​Although no dates are currently set, I have three more books coming out--a collection of short stories, a contemporary romance novel (first in a series), and an epic science fiction novel loosely based on apartheid South Africa (first in a trilogy). So stay tuned!

​For an inside look at what it was like to be the lead editor on the anthology and work with the talented authors who contributed to When to Now, check out Alison's blog post HERE.

Back to "Behind the Scenes"