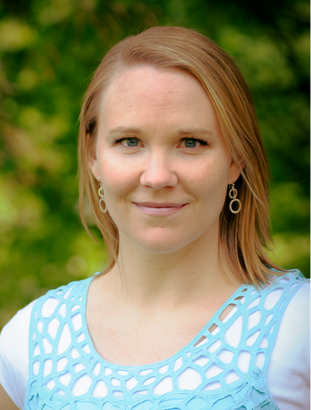 Teresa Richards lives and breathes young adult fiction, either because she spends most of her time with teens (who call her Mom or master of the universe, depending on the day), or because she never actually grew up.

Her debut YA novel, Emerald Bound, was released by Evernight Teen in 2015. Emerald Bound is an editor’s pick, and was nominated for a Whitney Award in 2016. It also won LASR’s book of the month award. Topaz Reign, the sequel to Emerald Bound, was released by Evernight Teen in 2017. It received 5 stars from LASR and was named Best Book, in addition to being book of the month for December - a distinction reserved for only a few select novels. Her novella, You, Me, and Comic Con, was released as part of a YA romance collection by Teenacity Books in 2017. She also has several short stories published in ezines and anthologies.

Teresa is a member of SCBWI, and was accepted into the LDStorymakers guild in 2016.

In recent years, Teresa had manuscripts accepted into both Pitch Madness and Query Kombat, which are contests that focus on honing pitches, query letters, and first chapters. In 2017, she was invited to be a Query Kombat judge. In this capacity, she critiqued pitches and first pages in order to help the authors make them better.

Teresa has attended several writing conferences, where she’s gained valuable insights into the publishing process, met agents and editors, and studied craft from veterans such as James Dashner, Ally Condie, and J Scott Savage. Her educational background at Brigham Young University included training in technical writing. In the past year, she’s been a panelist at both the Northern and Southern Kentucky BookFests, and has taught writing workshops to elementary and middle school kids. She also started a Read Local program for her region, and loves connecting with young writers.

When Teresa’s not writing, she can be found chasing after one of her five kids, dancing in her car with the music up too loud, or hiding somewhere in her house with a treat she’s not planning to share.

3-Question Interview with Teresa Richards
​about her short story "Turns of Fate"
published in When to Now: A Time Travel Anthology

"Turns of Fate" - Cressida is a teenager down on her luck. But that doesn't mean she wants to break the rules about time traveling. Sometimes, things just happen.
​

Oh, man! I can't remember exactly what led me in the direction I went with this story. I wanted to write a time travel story, but I didn't want it to be like any other time travel story I'd read before. I'm not sure where the idea came from to have time travel abilities be genetic, or to fast forward so far into the future that the space-time continuum is actually being depleted, much like the ozone layer, because people time traveled too much. Now with the government highly regulating time travel and the gene becoming so common-place that almost anyone can time travel as easily as flexing a muscle, the society that my story takes place in is almost a functional dystopian. If that's a thing. So I guess the story idea started with just a thread and snowballed into something I'm in love with but would have never expected.

Well, I really enjoy modern medicine and indoor plumbing, so ... maybe the 1920s? I'd love a flapper dress and a night out dancing!

​​I just had a book release at the end of July. It's called The Windfall App, and it's my third full-length YA novel. So I've been focused on marketing and launching that. Next I'll be polishing up my new YA contemporary, and then it's on to the third installment of my Altered Stones series. And, you know, getting my five kids ready to go back to school and making sure I turn them into functional, productive, happy human beings. Or something like that.

​​For an inside look at how she came up with the idea behind her story for When to Now, check out Teresa's blog post HERE.

What inspired you to write this book?

I actually got inspired by an ad I heard on the radio for the Connecticut Lucky-For-Life lottery game in which you win a thousand dollars a day for life. I remember thinking, "What if someone won who was really young—would the lottery really shell out a grand a day for the rest of that person's natural life? Or would they *somehow* get out of paying." And the story snowballed from there.

Who would you be if you were a character in your own book (and why)?

Honestly, there is a lot of me in the main character, Marina. I channeled my love of music--all kinds of music--into her. The scenes where she's playing the piano, or thinking about playing the piano, all come directly from my own experience, although I'm nowhere near as good as she is. Also, in another life, I am the bass player in a rock band, so I hold the same secret love of alternative rock that she does. Marina's love of hiking, and of exploring the city of San Francisco, also comes from me, as do the deep feelings she has for her family members by the end of the book.

What's next on the horizon?

I have another YA contemporary book, called Flippin' Skaters, near completion. It's about a girl who reinvents herself by starting a roller skating gymnastics team after a scandalous pictures of her goes viral and destroys her reputation. After that I'll be working on the third book in my Altered Stones series, Daughter of Pearl.
Next: Robert Runté
Back to Editors