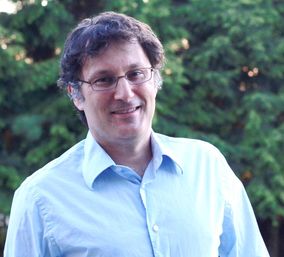 Robert Tomaino is writer, editor and consultant. For more than seventeen years, he has provided editorial support, guidance and strategic consultation to medical nonprofits, pharmaceutical and biotechnology companies. Robert has extensive experience writing about rare disorders for both patients and physicians. At one time, Robert oversaw the development and expansion of the National Organization for Rare Disorder’s Rare Disease Database. Robert also understands the unique needs of patients in the rare disease community and works to foster better communication and understanding between these diverse groups and the industry representatives who work with them. Robert has served as a Managing Editor for the National Organization for Rare Disorders and RareShare.org.

He was an assistant editor for the textbook, The Complete Directory for People with Rare Disorders, 1998-1999, published by Lippincott, Williams & Wilkins. Robert has edited news stories, feature news stories, physician reports, patient narratives, medical reports, brochures, pamphlets, presentations, medication inserts and more. He has provided developmental critiques for several fiction novels and numerous medical reports, brochures and textbooks that have gone on to be published.

When he breaks away from deciphering medical jargon, Robert writes fiction, from the fantastical to the urbane. The occasional poem may worm its way onto a blank canvas as well. Robert is also a fully ordained online minister who has officiated three weddings, including one in Zimbabwe. He spends time regaling his niece and nephew with stories of his youth before pumping them full of ice cream and shipping them back to their parents.

3-Question Interview with Robert Tomaino
​about his short story "Point Source Outbreak"
to be published in
​DON'T BE A HERO: A VILLAINTHOLOGY

"Point Source Outbreak" - A woman whose entire scientific team has perished under mysterious and horrific circumstances must undergo a psychiatric evaluation to find out what she knows about this terrible crime.

3-Question Interview with Robert Tomaino
​about his short story "A Mother's Legacy"
published in When to Now: A Time Travel Anthology

"A Mother's Legacy" - Anna's mother was a brilliant theorist who studied time travel, but her unsolved murder when Anna was a child might have unexpected consequences for her daughter many years later.
​

I was intrigued by the question of whether a person, given a chance to change the past, would do so despite being warned of the potential for dire consequences. Especially, if going back was driven by a deep, personal reason.

I would go to the village of Tomaini in Calibria, Italy circa the 1930s to see where my father and family came from.

I’m going to sleep. It’s after 10 p.m. If you mean more broadly, then continuing to write short stories and, hopefully, getting published.
Next: Ed Ahern
Back to Editors