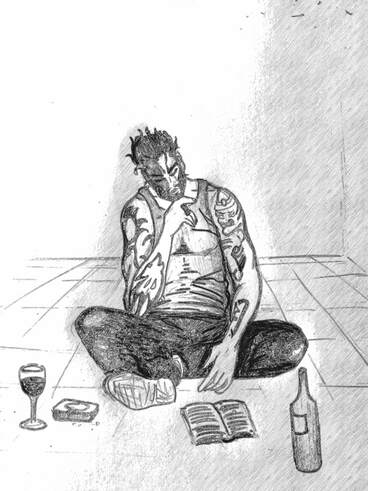 Eddie Cantrell loves music as much as he loves writing. When the lights go out, he retreats to his small man-cave, turns on Alice In Chains or Soundgarden or anything that rocks, and the writing begins. His short stories, "A Grave Tale," "Driftwood," and "Blue Sandman" and  were published in anthologies by Dark Alley Press, Fairfield Scribes and The Reader’s Abode. When to Now: A Time Travel Anthology, which included his story - "Blue Sandman," was featured on the Amazon Bestseller list. In an effort to keep improving his writing, he is an active member of Scribophile. You can find Eddie on Twitter and Facebook.

3-Question Interview with Eddie Cantrell
​about his short story "Blue Sandman"
published in When to Now: A Time Travel Anthology 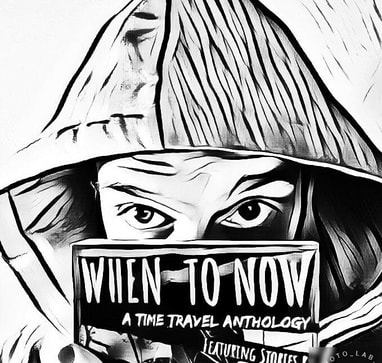 ​"Blue Sandman" - Stevie is a cabbie who picks up a very unique fare.
​

Music is probably the closest thing to magic I’ve ever experienced. Like many folks, I can’t live without it. It inspires me, fuels me and adds colour to my life. I think I got my appreciation for music from my mother. Music was always an invited guest in our home. Some of my fondest memories are of a nine year old me and my six year old sister sitting in front of an old record player listening to Elvis, The Beatles or Simon or Garfunkel while mom pottered around the house. The swirl of voice, lyrics and melody cast a powerful spell and filled our home with warmth, as well as the occasional (and clumsy) two-step across the kitchen floor. Those precious evenings, now stored away in the nostalgic pockets of my mind, were the inspiration behind "Blue Sandman." This piece is a celebration of music as well as a musing on the deep way in which effects us.

Probably that moment just before I accepted the one beer that opened the flood gates to all the unnecessary ones that followed. Only kidding!

I’m going to give a somewhat boring answer here and say I probably wouldn’t want to go back in time. There’ve been times that I’ve gone back to a childhood neighborhood of mine, and it’s not that the place had changed much, it’s just that I remembered it differently, more fondly. Kind of like having seen a movie you simply loved as a kid and then watching it as an adult, and (cringe) it’s totally not the same. Hahaha! A happy moment in the past, with all it’s vibrancy, joy and excitement, fits perfectly in its very own the time and space. That’s why it’s probably best to remember it rather than revisit it. That is also what "Blue Sandman" is about. Celebrating the past through letting it go. The best way to have wonderful memories is to try and have a wonderful ‘now.’ Yeah, I see you rolling your eyes. Well, Facebook could always do with another quote. :)

​My horror short story, "Teeth" is appearing in the Ink Stains anthology for Vagabondage Press this October, which is pretty exciting. I also have a short story set in Apartheid South Africa that’s about to go through a submitting round. So we’ll see about that. And in November, I’ll be starting the long journey of writing my first novel. Right now, however, the immediate future sees me listening to the new Alice In Chains album and hunting down that left-over slice pizza. :)
Back to Authors