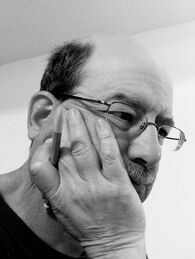 ​Dave D'Alessio is an ex-industrial chemist, ex-TV engineer, and ex-award-winning animator current masquerading as a social scientist. He is based in Bridgeport. His work has appeared in venues including Daily Science Fiction, Heroic Fantasy Quarterly, and Mad Scientist Journal; his story "Twenty-Year Reich" was a finalist for the Sidewise Award in Alternative History fiction.

3-Question Interview with Dave D'Alessio
​about his short story "You Get What You Pay For"
published in
Imagining Monsters: A Collection of Short Stories Inspired by Frankenstein 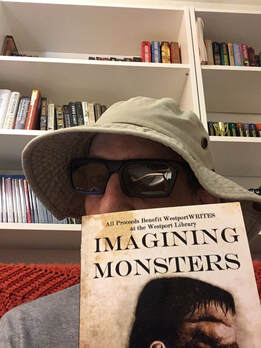 "You Get What You Pay For" - Aliens are a fact of life in the future, and the world watches in horror
​when an unknown creature arrives on Earth and leaves mass destruction in its wake.
​
Aside from Frankenstein, where did you draw inspiration for your story?

Well, apart from Frankenstein, I'd have to look to Godzilla, plus my never ending belief that it's a really big universe and we have no idea what else is out there.

I go to most of the WestportWRITES events, and also the Fairfield County Writers Group meetings on the third Saturday of each month. I'm one of those oddball people who lives inside his own head a lot, so I end up writing almost anywhere: at home (rocking chair, kitchen table or couch; makes no difference), on the train to and from work, in any handy Panera or Starbucks. I have gone into Veterans Park (walking distance from my home) and written to the croaks of bullfrogs, and once pounded out five hundred words on a number 3 bus. In July I'll be up at ConnectiCon and people will see me in quiet corners with my laptop out. All I need is lots of coffee and a certain level of background noise.

​​July is Camp NaNoWriMo (National Novel Writing Month; a "Camp NaNo" is another challenge of a similar sort), so I'll be knocking out the first draft of the fourth book in a four book series. No, no one's going to be seeing it for quite a while; to prepare I'm rereading (and taking notes on) the first three and MAN, do they need some rewrites! But as is said, "You can't edit a blank page," and "The first draft is just you telling yourself the story." So in July I'll be telling myself the end of that story.
Next: Alex Dire
Back to Authors